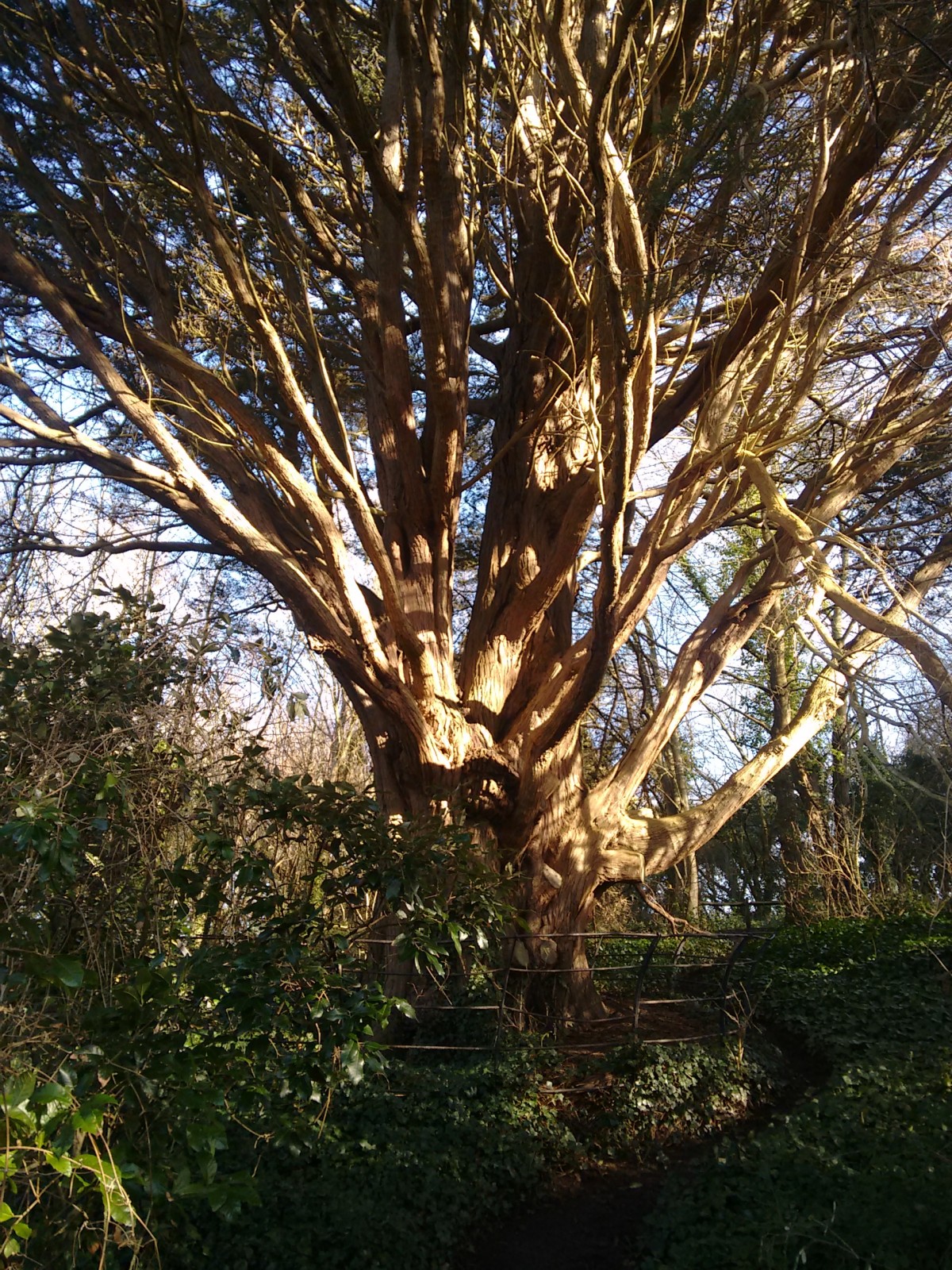 Knoll Hill Woodland Trust Reserve in Sneyd Park is the remains of the great garden and estate of Bishops Knoll. The developers did not want it, so the Woodland Trust bought it, and recently have been doing a lot of restoration work. It is very little known because the only car access to it is down at the bottom of Bramble Lane in Sneyd Park, though you can walk into it from the new Avon Wildlife Trust Reserve of Bennett’s Patch.

The major trees in it have recently been labelled. It has the largest Oak in the city, seven metres in girth, with huge spreading limbs that appear to be writhing into the sky like an octopus. It is, unusually, a Sessile Oak. It is quite close to the entrance, but, in summer at least, almost invisible until you are up close. It is clearly much older than the estate itself which was created in 1862.

Lower down the steep path there is the largest Austrian Pine in the city, 4.6 metres in girth, with a massive crown and broken and twisted branches evidence perhaps of the Burns-night storm of 1990. At the bottom of the reserve there is a line of planting that must have been done when the Severn Beach railway line was built in 1875. It includes several Western Red Cedars, three Coast Redwoods, one the largest in the city, which tower over all the other trees, a magnificent Jeffreys Pine, one of only two in the city, which is the pine with the largest needles of all, and a Fern-leaf Beech, one of three in the city.

The most dramatic tree of all is a Monterey Cypress, which must have been one of the first imported into this country, with a 710 cm girth. It is a species that was one of the parents of Leylandii, and is well known for the speed with which it grows. It dominates the hillside, and would have been far more striking before all the young ash trees that surround it sprang up. The estate is also dotted with a dozen veteran oaks, some of them pollards, and all two hundred years old or more, which would have been growing in the wood pasture when the Knoll Hill estate was established.