We have never been able to understand why Bristol City Council decided to terminate the lease of the longstanding and very successful central Bristol caravan site. It is not a brownfield site crying out for redevelopment, as some would have us believe. Its success and the 91 mature, well-established trees that grace it (74 of which are to be removed) testify to that. 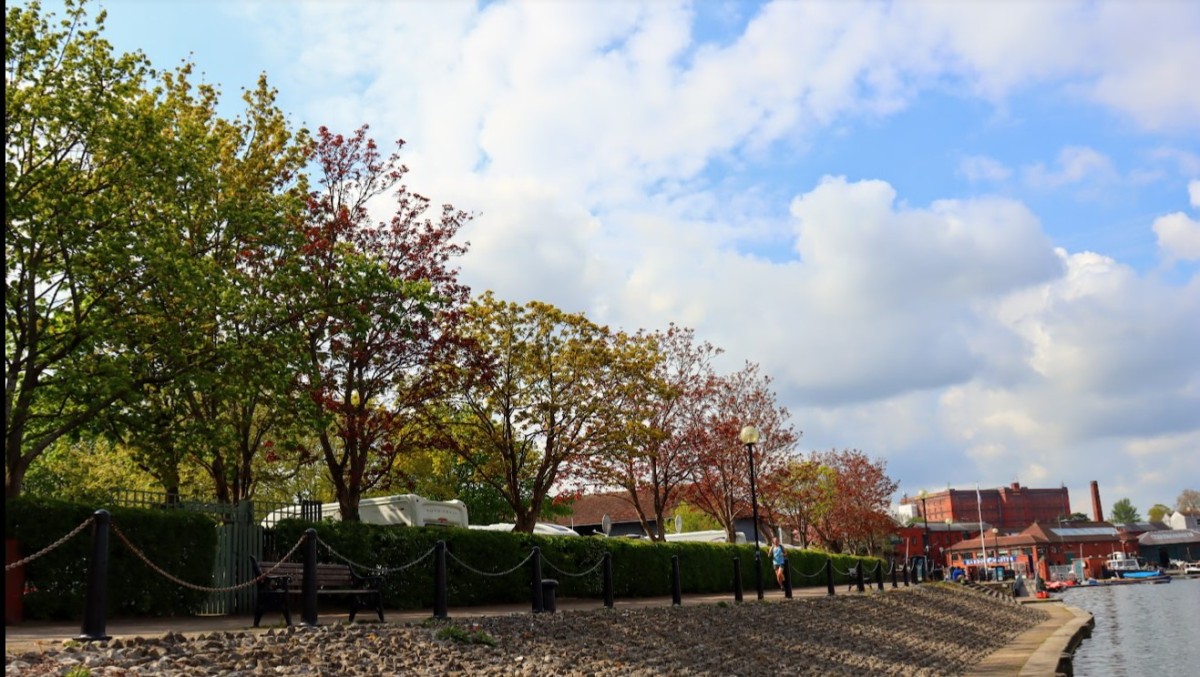 Bristol Chamber of Commerce has described this caravan park as ‘… an important, high performing asset for Bristol’s visitor economy, enabling visitors to stay in walking distance of the city centre and thus providing significant levels of custom for local businesses‘.

And John Hirst, as Chief Executive of Destination Bristol, observed that ‘There are significant financial benefits for Bristol due to the year round supply of visitors to their current caravan site. We know that the current Bristol site at Baltic Wharf has been one of the most popular and successful central sites in the UK’.

So why on earth close the caravan park for a plan that almost nobody really wants – at least 273 at the last count? It seems that it’s worth closing this successful tourist attraction to replace it with new housing, even though the caravan park is estimated to bring some £1 to £1.5 million annually to Bristol’s tourist economy. The scramble for new housing at any cost – while ignoring the wishes of local communities and the economic benefits that the caravan park brings us – seems to take priority over all else.

And the result? We have proposals that will flatten every inconvenient tree rather than incorporating them into the proposed development. This only adds to the steady loss of green spaces and reduces Bristol, especially the centre of Bristol, to a grim, unliveable environment.  As Bristol grows hotter with each passing year, with the expectation that by 2050 life-threatening heatwaves will occur once every two years (not to mention the increasing flood risk to this area), we will need the cooling benefit of large, mature trees yet, tree by tree, they are inexorably removed in order to maximise profit and achieve what many say is an unrealisable aspiration. With the majority of new housing being sold at full market price, these will be as much for the benefit of the estimated 1,900 annual migrants from London as they are for the more affluent citizens of Bristol.

It is especially sad that Goram Homes, the much-lauded development arm of Bristol City Council, continues to ignore our very own key green planning policy, BCS9, and the revised National Planning Policy Framework (the Framework) upon which it is based. BCS9 states that ‘Individual green assets should be retained wherever possible and integrated into new development’.

The Framework is the foundation upon which BCS9 is based:

We had hoped that Goram Homes would have set a good example – especially since the Council has recently published its Ecological Emergency Action Plan and announced that it will “embed nature into all decisions” – and abide by these important principles. What has happened to the Framework’s third, overarching environmental objective? Taking Baltic Wharf Caravan Park as an example, it would have been quite straightforward to design any new housing around existing trees, particularly if the focus was on just building affordable and social housing. Instead, nearly all are going. This, it seems, is ‘Placeshaping’, Bristol-style.

And this intransigence has resulted in damaging national press coverage – though note the lovely photo of the trees growing on the site.

Our objections to the proposals are set out here, but we are not the only ones…

Councillor Mark Wright was the councillor for Hotwells and Harbourside until May 2021 when he stepped down.  Here he presents his experience of the many attempts he made to engage with the planners and Goram Homes at an early stage to try to secure as good an outcome as possible given that the caravan park was doomed to be closed. They came to nothing.

Mayor Rees announces that flats will be built on the site.

I wrote to Cllr Paul Smith (Housing) “There are a number of very nice trees on the caravan park site that residents are already calling for saving (see attached Google 3D image). If done skilfully and at an early enough stage, many of the best trees could be embraced into the development in a way that greatly increases the value of the retail flats. If done too late or not at all, it’s likely that getting planning permission will become a battle over trees, which isn’t what anyone really wants. I think it would be a good demonstration of why Goram is a good thing if it sets the bar high on pre-app planning on things like this – it could really set an example to other developers. I understand that planning policy BCS9 requires the developer (i.e., BCC in this case) to do a tree constraints plan as early as possible – there is no need to wait until the actual plans start to form to do this. Can we get BCC to start this ASAP?” Cllr Smith replied, “I will have a word with officers”, but I got no further response.

I also wrote to the Council’s Arboricultural Officer, Matthew Bennett, asking for a tree assessment report to be done ASAP so that the best trees on the site could be saved and incorporated into the plans. I was interested in getting TPOs put on the best trees, but at that early stage Bennet replied to me: “Our aim through the planning process is to secure the best trees on site and mitigate the loss of those removed through the planning obligations SPD (BTRS). We cannot try and save every tree {…} a tree preservation order would not help the situation because full planning consent overrides a TPO”. That seemed reasonable so I concentrated on trying to get a tree report.

I contacted officers again for an update but got no info.

Planning Officer Paul Chick told me that no arboricultural tree report would be done until a pre-app was submitted, but no one knew when that would be.

I again raised the issue of trees on the site with Steve Blake at Goram and Matthew Bennett but got no response.

A tree report was secretly written for the Council, but I wouldn’t see it until December 2020.

The first concept images of the plans were released to the public. I wrote to Steve, Matthew, and Paul Smith again: “I note with interest the Council’s press release today indicating that a development partner has been selected for this housing site. There is even a picture of the proposed build. I presume this *must* mean that there has been enough preliminary work done to allow a tree constraints report for the site to be drawn up. Please can you assure me that the prime trees currently on the site are being designed into this new plan? A development such as this will be greatly enhanced in value by the intelligent and thoughtful retention of mature trees, and the Council’s reputation as a builder will be greatly enhanced as well, setting a higher bar in the city for other developers to follow…”

I got no responses…

I wrote to Tim Bluff, a new contact at Goran Homes (taking over from Steve Blake, presumably) I had been given after badgering people. Bluff informed me that a tree report had in fact been done 6 months previously. I had never been told about it, despite asking multiple people for it for 13 months. I was told at this point the document wasn’t public and I couldn’t see it.

There was a public *showing* of the plans. At this point it was clear that the plans were essentially almost “final” despite there having not been a single public engagement session of any kind, about anything. I declared publicly that I was concerned about both height and loss of trees.

I discussed with the Bristol Tree Forum doing an informal assessment of the trees, but the Covid lock-down squashed that.

The pre-app was published privately on the planning portal, but I couldn’t have access.

The pre-app was made available to me, but not the public. It was clear that all trees on the site would be felled; all that would be saved was some of the boundary hedges. Again, by this point there had still been zero public engagement on any issue, only a showing of the images. The 10-month old Arboricultural report (i.e., July 2019) was still not available to anyone, including the Council’s own Arboricultural officer Matt Bennett, who wanted it too.

I had a video meeting with Stephen Baker, Development manager at Goram (and Geoff Fox and Glynn Mutton) to discuss the plans. I made it clear I was unhappy with the height, the loss of all trees was a major problem, and the lack of any public input before publishing the plans was a big mistake and contrary to planning requirements on major plans. Steve said the trees were all being lost because the site had to be raised 2m to allow “active frontages” that comply with planning regs. I said that saving trees might be preferable to active frontages inside the site; I asked him who made this critical decision and when, as this was exactly the kind of thing the public should have fed into – at least if the decision had been informed by the public there would be some buy-in. He said he didn’t know and it had all happened before he joined the project. I made clear I was disappointed, but I really didn’t want to end up opposing the plans, and I hoped there would be a reduction in the height.

I finally received a copy of the July 2019 tree report – from the Bristol Tree Forum, not from the Council! It was clear that the decision to fell all trees on site had already been made earlier than July 2019.

Full Planning app submitted, with no real changes since the pre-application stage. I lodged an objection “with heavy heart”.’